How do we plan for a future that is uncertain? Learn how to manage uncertainty related to greenhouse gas emissions by using ‘emissions scenarios’.

Please rotate your device to landscape orientation to view this content.

Human activity is causing climate change but we don’t know exactly how humans will behave and how emissions of greenhouse gases will change in the future.

Emissions scenarios help us understand a range of potential futures based on different amounts of greenhouse gases. 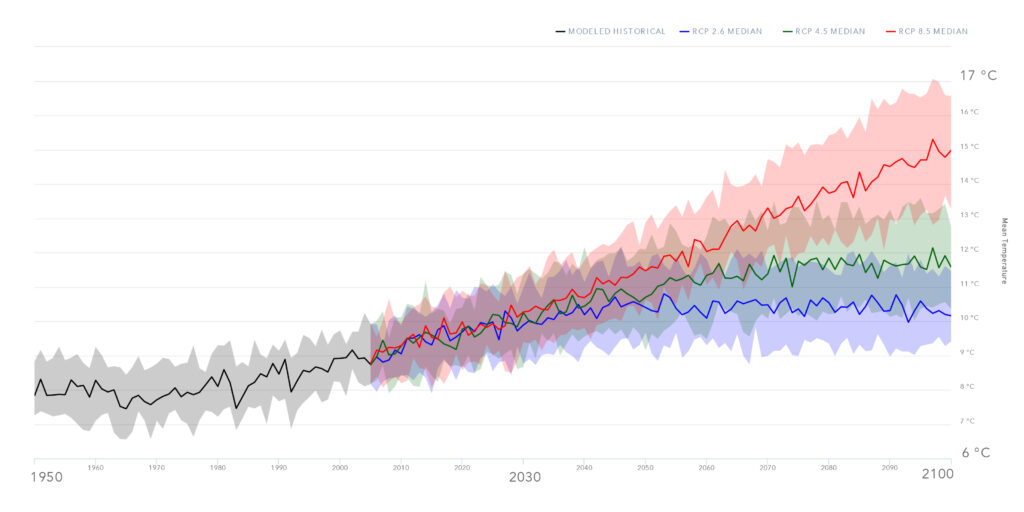 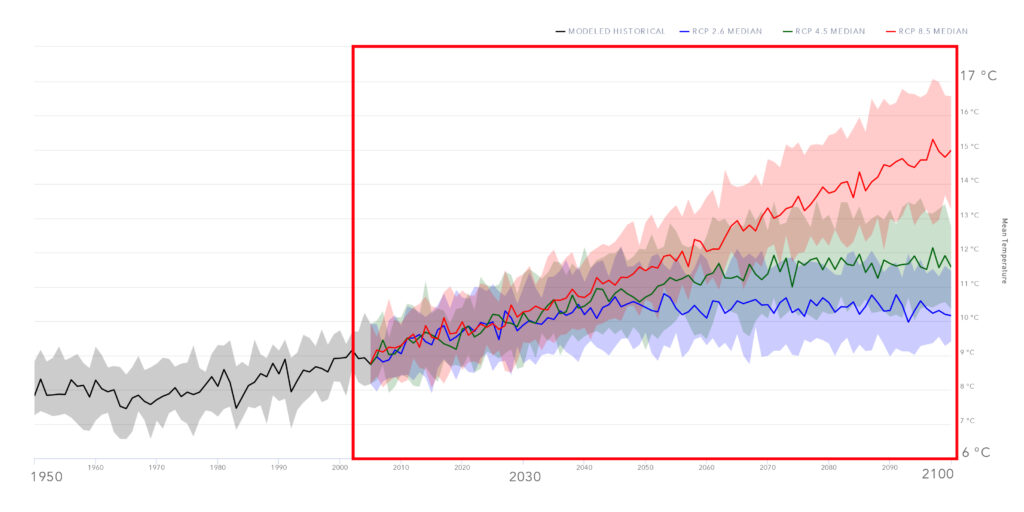 The emissions scenarios that are currently in use on ClimateData.ca are called Representative Concentration Pathways, or RCPs.

They appear as three coloured bands in the graphs.

So why are there multiple future emissions scenarios, or pathways?

These future pathways show us the different “what if?” results from different combinations of assumptions about: 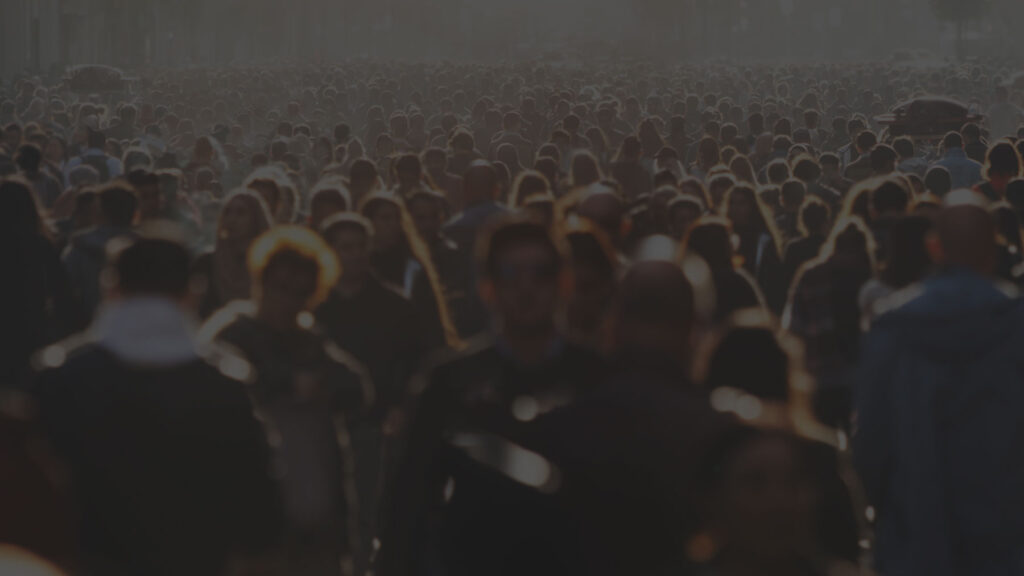 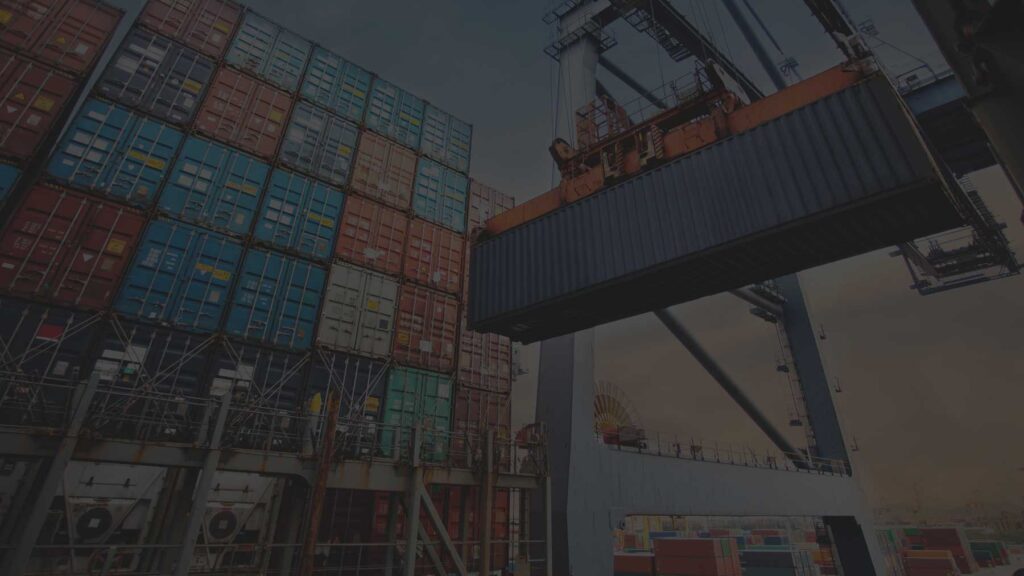 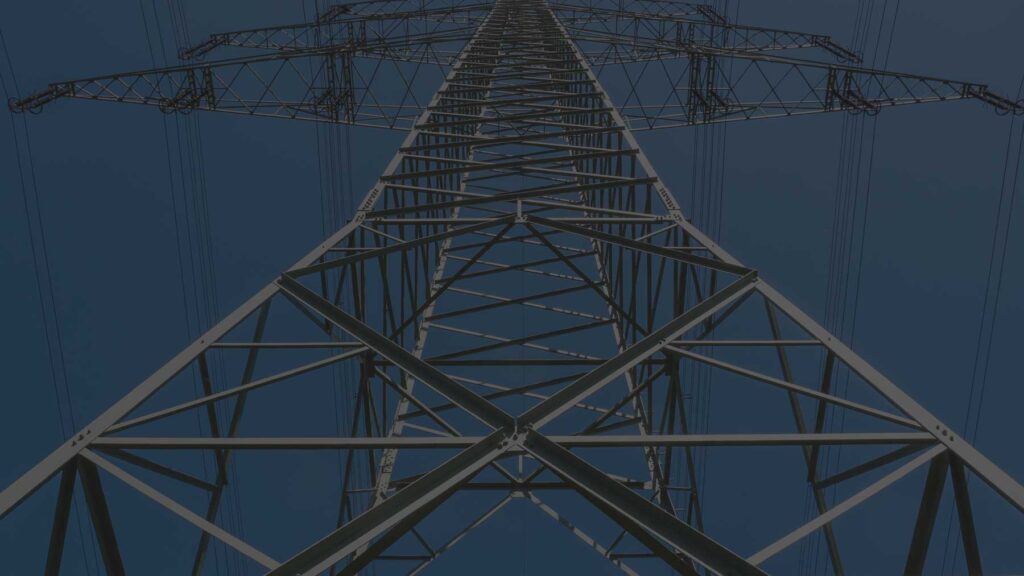 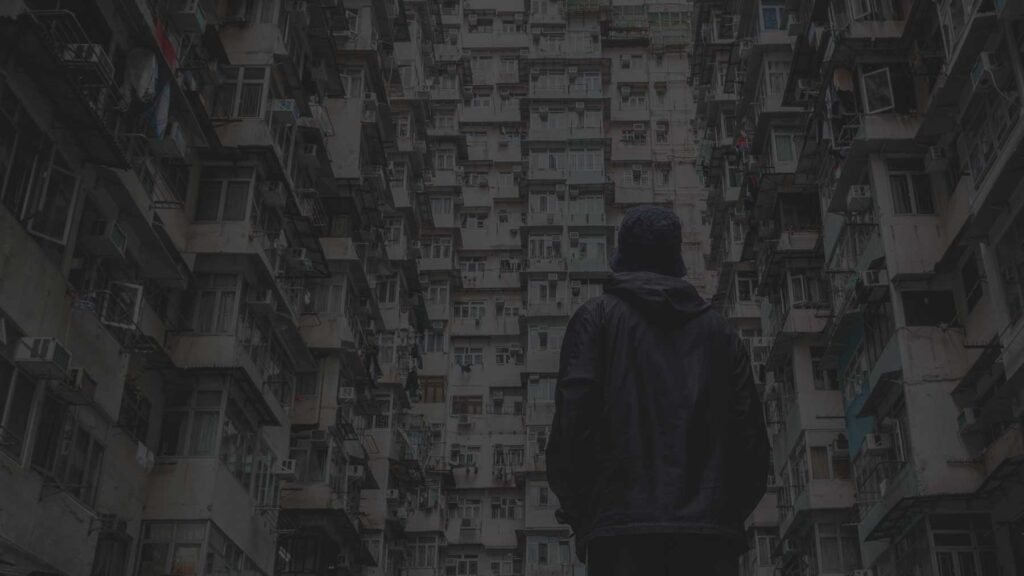 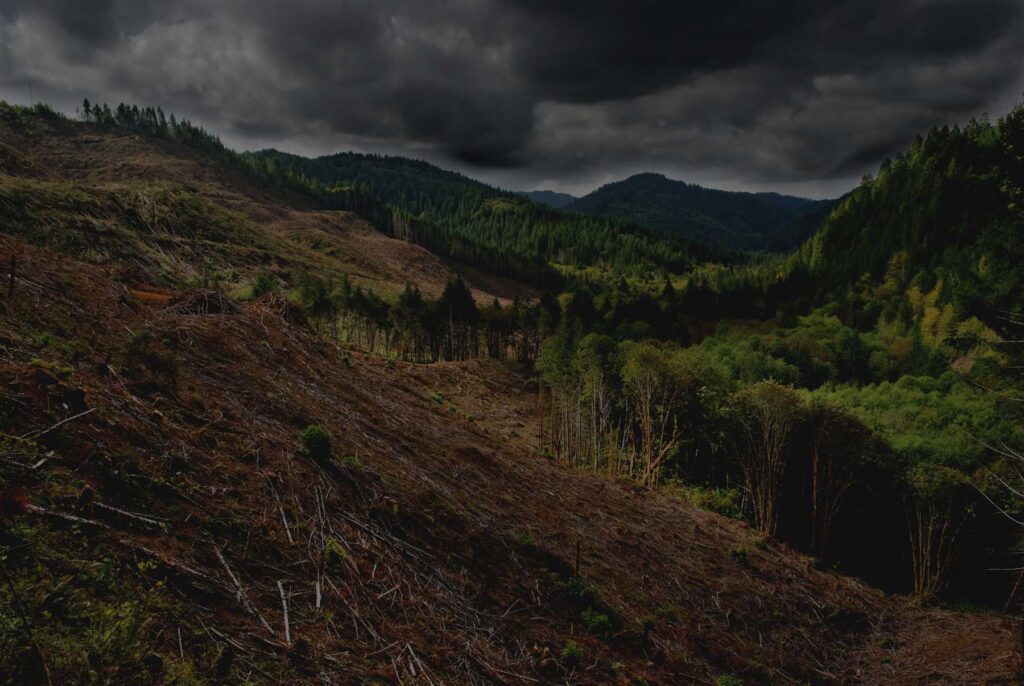 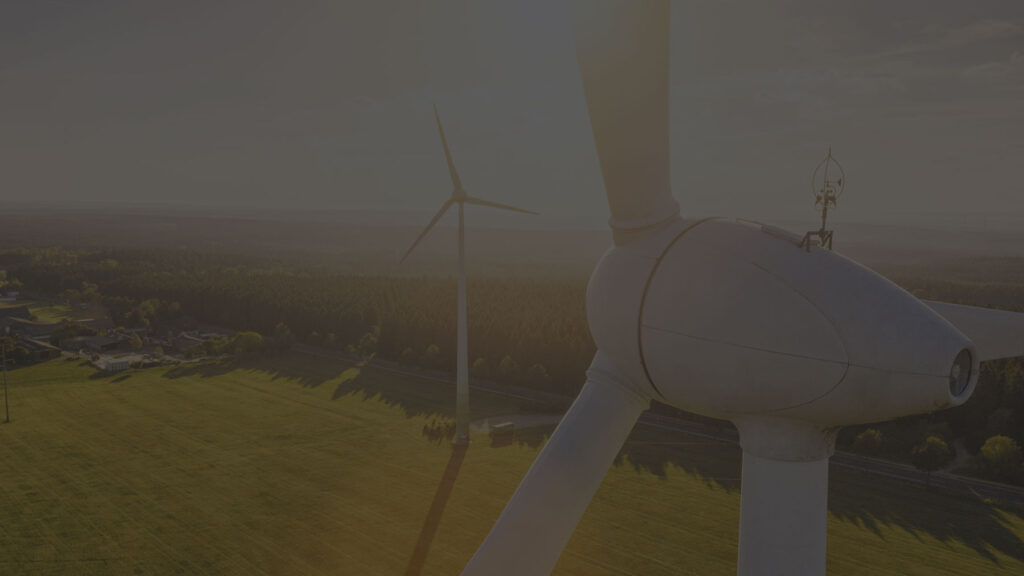 Different combinations of these assumptions lead to different levels of greenhouse gas emissions. These emission scenarios are then used in climate models to simulate the climate response.

RCP 2.6 is the low emissions scenario where we limit human caused climate change. Carbon emissions peak almost immediately and then reduce to near zero before the end of the century.

It would mean an average global temperature increase of 1°C by the end of the century and 1.8°C in Canada.* This is roughly compatible with the goal agreed to in the Paris Agreement.

RCP 4.5, a medium emissions scenario, shows us a future where we include measures to limit human-caused climate change.

This scenario requires global carbon emissions to stabilize by end of the century.

In Canada, RCP 4.5 would mean an average temperature increase of 3.2°C by the end of the century.*

RCP 8.5, the high emissions scenario, shows us a future where there are few restrictions on emissions. Emissions continue to increase rapidly through this century, and only stabilize by 2250.

In Canada, RCP 8.5 would mean an average temperature increase of 6.3°C by the end of the century.*

So why do we need these different emissions scenarios?

Past climate information alone is not sufficient to make decisions about the future.

As you can see in most graphs in ClimateData.ca, the future will not look like the past (represented by the grey band). 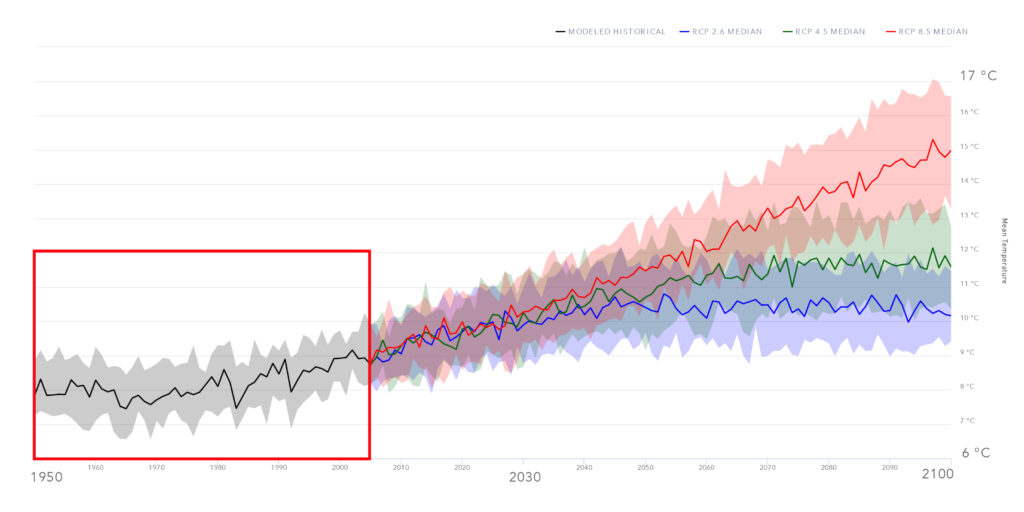 Since we don’t know exactly how different the future will be from the past, there is no one-size fits all approach when deciding which pathways to select – it depends on a wide range of factors that are specific to the type of project, time horizon, etc. 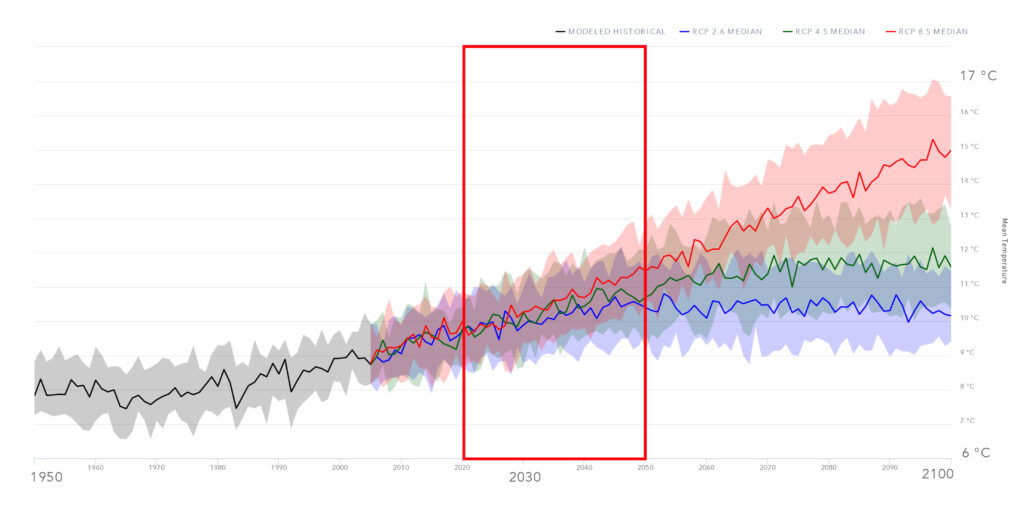 Over the next 30 years, there is little difference between the RCPs. 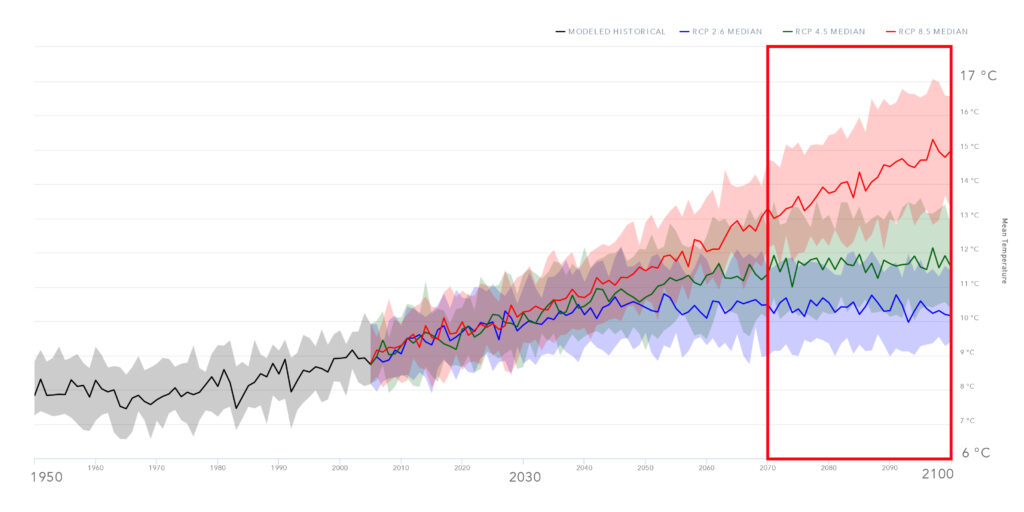 However, looking further down the road, the pathway we are on is much less certain, and will depend on decisions Canada and other countries make about reducing emissions and adopting clean technologies.

Because we don’t know exactly how different the future will be, it is important to consider a range of possible future climates using more than one emissions scenario in our planning to address the impacts of climate change.

For more information on the impacts of climate change in Canada, see Canada’s Changing Climate Report.