Society, the economy and environment depend on a sufficient supply of water within an expected range, which can be seriously threatened by drought. Droughts result from a shortage of precipitation, which may be exacerbated by failing to meet evapotranspiration demand. This case study presents information about historical droughts, possible future droughts, and explores adaptation strategies.

An example of a very severe drought was the one that swept across Canada during 1999-2005 and caused considerable agricultural, environmental, economic, and societal damages2.  The extent of this drought was massive, reaching from British Columbia across Canada to the Atlantic provinces and also farther northward than other major droughts. The greatest intensity was concentrated in Saskatchewan and Alberta. The economic impact of the core of the drought in 2001-2 was a drop of almost $6 Billion in Canada’s GDP.  Agricultural production losses during that drought were almost $3 Billion in the Canadian Prairie Provinces3. 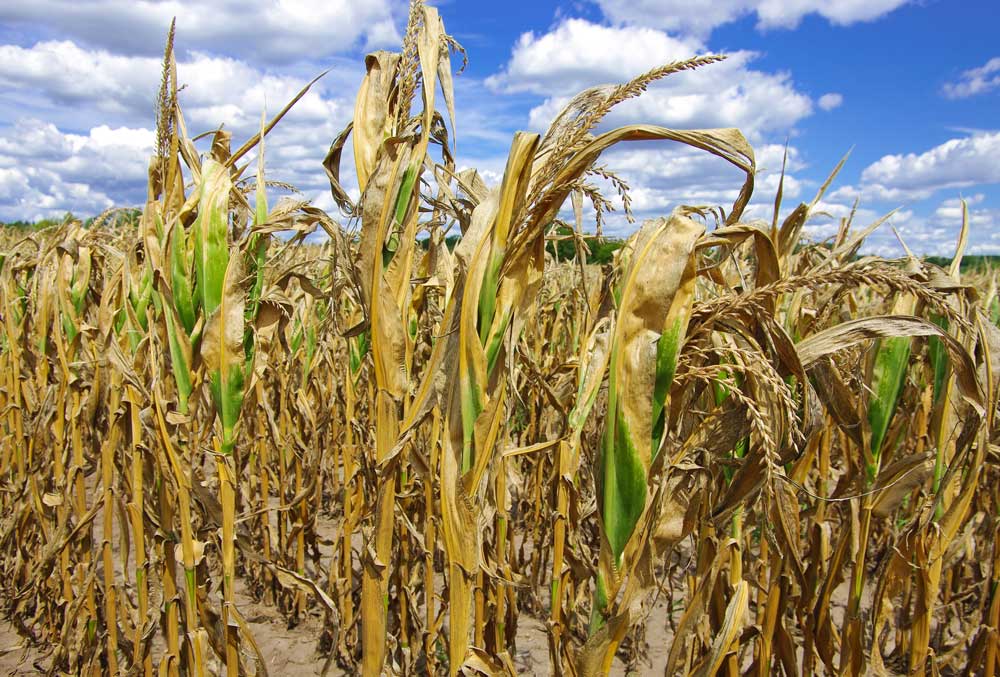 Many other significant droughts have occurred in Canada, especially in the prairies.  At least ten severe droughts have struck including those in 1910-11, 1914-15, 1917-20, 1928-30, 1931-32, 1936-38, 1948-51, 1960-62, 1988-89, and 2001-032,4 (Figure 1). These multi-year and large area droughts cause much more damage than shorter droughts and present greater challenges for adaptation. Several more recent droughts have also been documented. The extreme drought of 2015 in British Columbia, Alberta and Saskatchewan is notable as it has been partly attributed to climate change5. Droughts can cover large areas not only in Canada, but also across large parts of North America and elsewhere, and have been very intense and long lasting3.

Several measures of drought are in use, including the Standardized Precipitation Evapotranspiration Index (SPEI)7. The SPEI is a relatively simple index based on the water balance equation (precipitation minus potential evapotranspiration) which can be used to calculate drought at many time scales (e.g., one, three, six, nine and twelve months) for the historical period as well as for the future (using climate model output). Since this index includes potential evapotranspiration, the effects of projected increases in temperature in the future can also be included.

Figure 1: Tracking droughts through the past using SPEI.

This chart illustrates SPEI for the period 1901-2014, for a 1 x 1 degree grid box in the Swift Current (Saskatchewan) area

Climatic variability drives much of the year-to-year changes in agricultural production, especially in the Canadian prairies. Crops can fail in drought years and yields usually increase in wet years, unless moisture is excessive and/or agricultural land is flooded. For example, the drought years of 1961, 1985, and 1988 had the lowest average spring wheat yields for the Swift Current Creek Watershed in Saskatchewan (Figure 2)8. Water supplies for irrigation, livestock, homes, and many other uses become scarce during droughts. 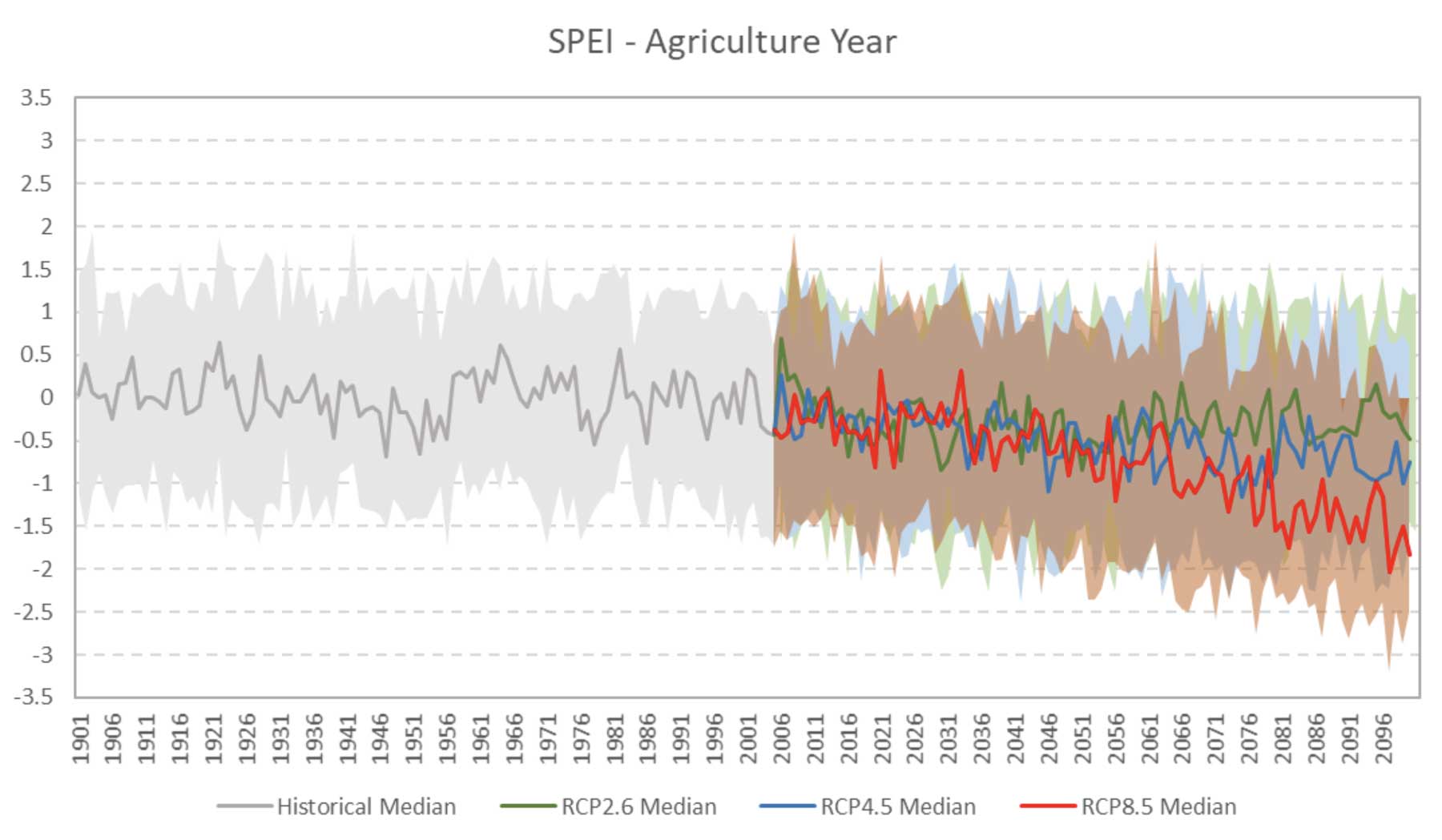 The growing probability of drought means increasing problems for agriculture and many other sectors. Droughts cause reduced crop and pasture yields, crop failures, and scarcity of water supplies, even with the more advanced technologies and management of recent years. Unexpected events are also more possible with shifting climate zones or the combination of threats, for example, of drought, heat waves and other extremes. This emphasizes the need for even more improved adaptation strategies, discussed in the following section. In comparison, flooding also reduces production, but the effects occur in smaller areas and exist for shorter times. Even though the projections of some future crop yields are higher15,16 drought years and other climate extremes would tend to wipe out some of this benefit as well as threaten the sustainability of water supplies and food security.

Drought is a very difficult hazard to deal with as it begins in a creeping fashion with a few very nice sunny dry days and may end suddenly with intense rains, for example, or gradually with lasting impacts. The dry conditions can persist over a long time, even years, and intensify over large areas. This makes adaptation most difficult and costly or perhaps even impossible. Although many strategies can be used to adapt to drought, it is still very challenging, especially for the intense, long duration, and large area droughts that pose limits to adaptation and require high degrees of innovation and cost.

Main categories of agricultural adaptation options include technology, government programs and insurance, farm production practices and financial management17. Managing drought risk is part of the management of agro-climatic risk. Information on practices of several types exist, including those for crops, pest management, water supplies18 as well as for livestock, soils, inputs, fire risk management19 and diversification20. For crops, examples of practices include seeding earlier, and using drought-tolerant species and varieties. Conservation and minimum tillage, water conservation and many other best management practices are also recommended. Delivering adaptation measures is facilitated by improving capacities such as by strengthening institutions, expertise, research and infrastructure21.

Monitoring, planning, responses, and early warnings are required to reduce vulnerability, negative impacts and improve preparedness and resilience. Enhanced understanding of current and future possible droughts and impacts is required for improved adaptation22. The Canadian Drought Monitor is the official source for drought monitoring and reporting in Canada23.  This interactive application as well as data from ClimateData.ca can be used to assess drought conditions across Canada. The prairie provinces have developed drought plans, however monitoring and assessment requires additional coordination, resources and expertise. 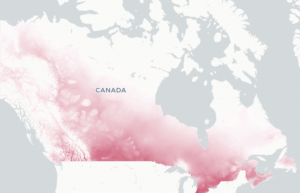 This is the number of days when daily maximum temperature is greater than 25°C and gives an indication of the number of summer days. For more information about the source data and figures, click here. 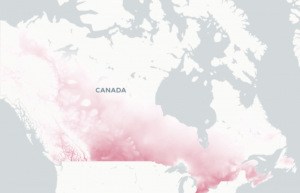 This is the number of days when daily maximum temperature is greater than 27°C. For more information about the source data and figures, click here. 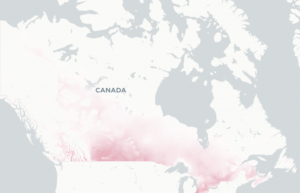 This is the number of days when daily maximum temperature is greater than 29°C. For more information about the source data and figures, click here. 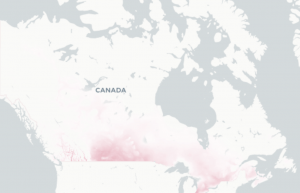 This is the number of days when daily maximum temperature is greater than 30°C and gives an indication of the number of very hot days. For more information about the source data and figures, click here. 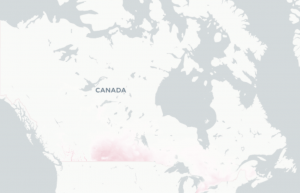 This is the number of days when daily maximum temperature is greater than 32°C. For more information about the source data and figures, click here.