The effects of climate change on hospitals

In 2015, the World Health Organization (WHO) published an operational framework2 for the development of climate resilient health systems around the world.

The WHO framework states that the building codes governing the construction and maintenance of health facilities must take into account current and future climate risks, such as the potential increase in frequency and intensity of heat waves and extreme weather events such as storms. Resilient health systems have the ability to adapt essential environmental services such as drinking water and sanitation services, which can be compromised by floods and droughts, and electricity supply, which may be cut off during extreme weather events3.

The effects of climate change on hospitals are felt not just in facilities, but in public health. Heat waves and cold snaps, storms, sea level rise, wildfires, drought and floods can cause critical system failures that lead to service disruptions, temporary evacuations, and even closures, resulting in health emergencies for individual patients and the community at large1. 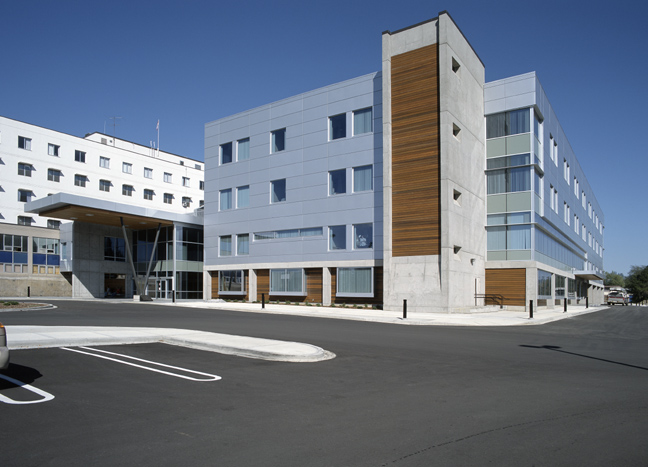 Figure 1: Impacts of climate change on infrastructure and access to care.

Climate threats to health infrastructure and access to health care services include stress, such as rising temperatures and shocks, such as extreme weather conditions. This results in first-order impacts such as forest fires, poor air quality and changes in disease vectors – mosquitoes and ticks. The cascade of impacts on critical infrastructure – including health facilities, electricity and water services, roads – can disrupt the delivery of health services and patient care. 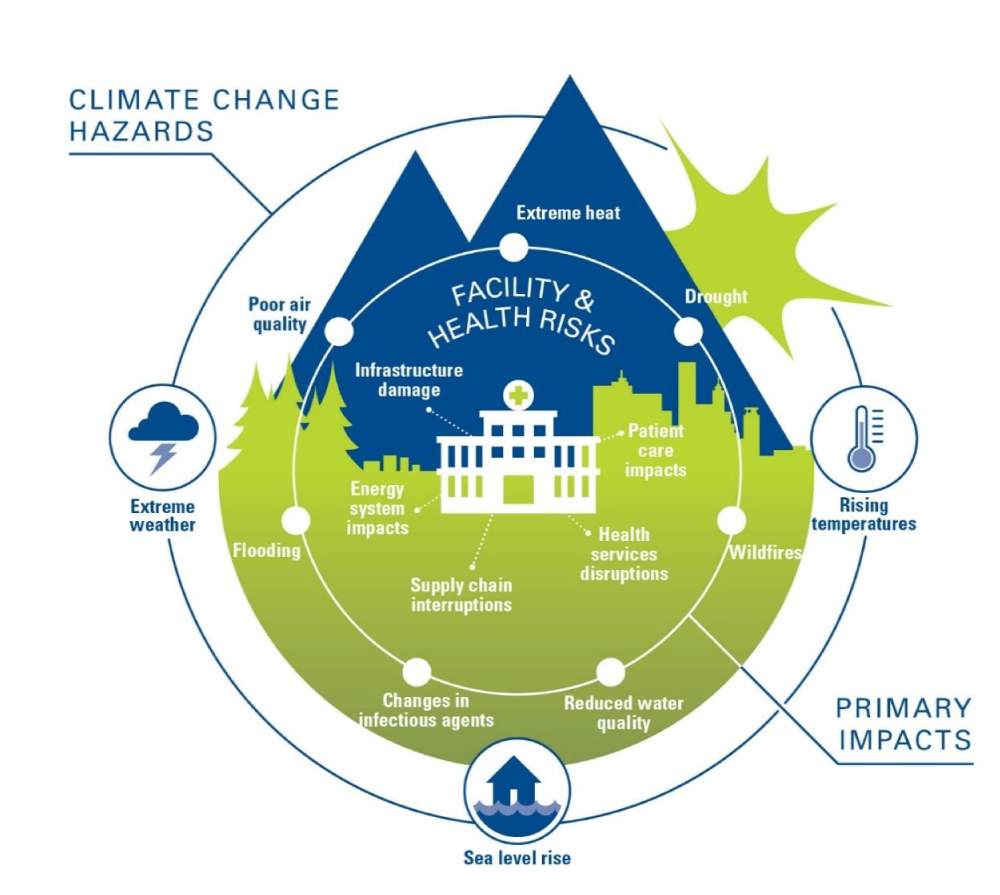 A look at British Columbia hospitals

Unprecedented high temperatures, forest fires and the floods of 2017 and 2018 in British Columbia have created a “new climate reality” for essential infrastructures, including hospitals4. As climate changes, hospitals may be subject to climate conditions and loads that they were not designed for. It is important, therefore, to account for future climate conditions when assessing building resiliency, maintenance, and future renewals, retrofits and additions5.

That is why two recent studies conducted in British Columbia assessed the impacts of climate change on hospitals in Nanaimo5 and the Vancouver Coastal Region4. Based on climate scenarios, they identified factors that may place new pressures on infrastructure over the coming decades.

A working group at the Nanaimo Regional General Hospital used a comprehensive climate risk assessment matrix. This work consisted of identifying potentially vulnerable infrastructure systems, determining possible climate change-induced effects on relevant climate parameters, and developing a risk rating for each possible interaction. The study does not evaluate the risks posed by the current climate, but instead focuses on the new vulnerabilities caused by climate change, as projected from climate models out to the year 2050 produced by the Pacific Climate Impacts Consortium (PCIC).

The study shows that, with the increased temperatures projected for 2050 in the Nanaimo region, the hospital’s cooling plant and critical ventilation systems (e.g. operating room, intensive care unit, etc.) will be particularly vulnerable due to increased thermal loads on buildings and atmospheric pollution from forest fires.

Drier summers and warmer temperatures will also add pressure to domestic water systems that provide not only potable water, but water used in some mechanical cooling systems.

Using climate scenarios produced by the PCIC for several sites, including the Lions Gate, Squamish and Richmond hospitals, the study concludes that maintaining comfortable indoor temperatures and air quality will be a major challenge for patients and staff in older facilities. In addition, heavy rainfall management will be more difficult due to greater storm intensity and risk of surface flooding.

The Vancouver study recommends, among other things, that the 2050 climate projections should be used to guide the design parameters of new constructions and major renovations. In addition, starting immediately, equipment and systems should be optimized for 2020 climate projections rather than historical weather data to better ensure that critical functions are covered.

Figure 2: Evolution of the number of cooling degree days simulated for Nanaimo, 1950-2100.

Based on the identified level of risk, the recommendations of the Nanaimo Regional General Hospital study include a priority list of infrastructure and equipment renewal work needing to be done within the next 10 years (see Table 1).

For example, waterproofing the roof membrane, as well as upgrading the ventilation and cooling systems, should be an immediate priority. The climate risk assessment matrix developed under this study has become an integral part of organizational decision-making at the Nanaimo Regional General Hospital. Further measures are planned to reduce costs and greenhouse gas emissions and protect patients from the effects of climate change.

Table 1: Infrastructure and equipment to prioritise in the adaptation process.

Adjustments to existing infrastructure and equipment should be made within the next 10 years considering the evolution of relevant climate parameters. 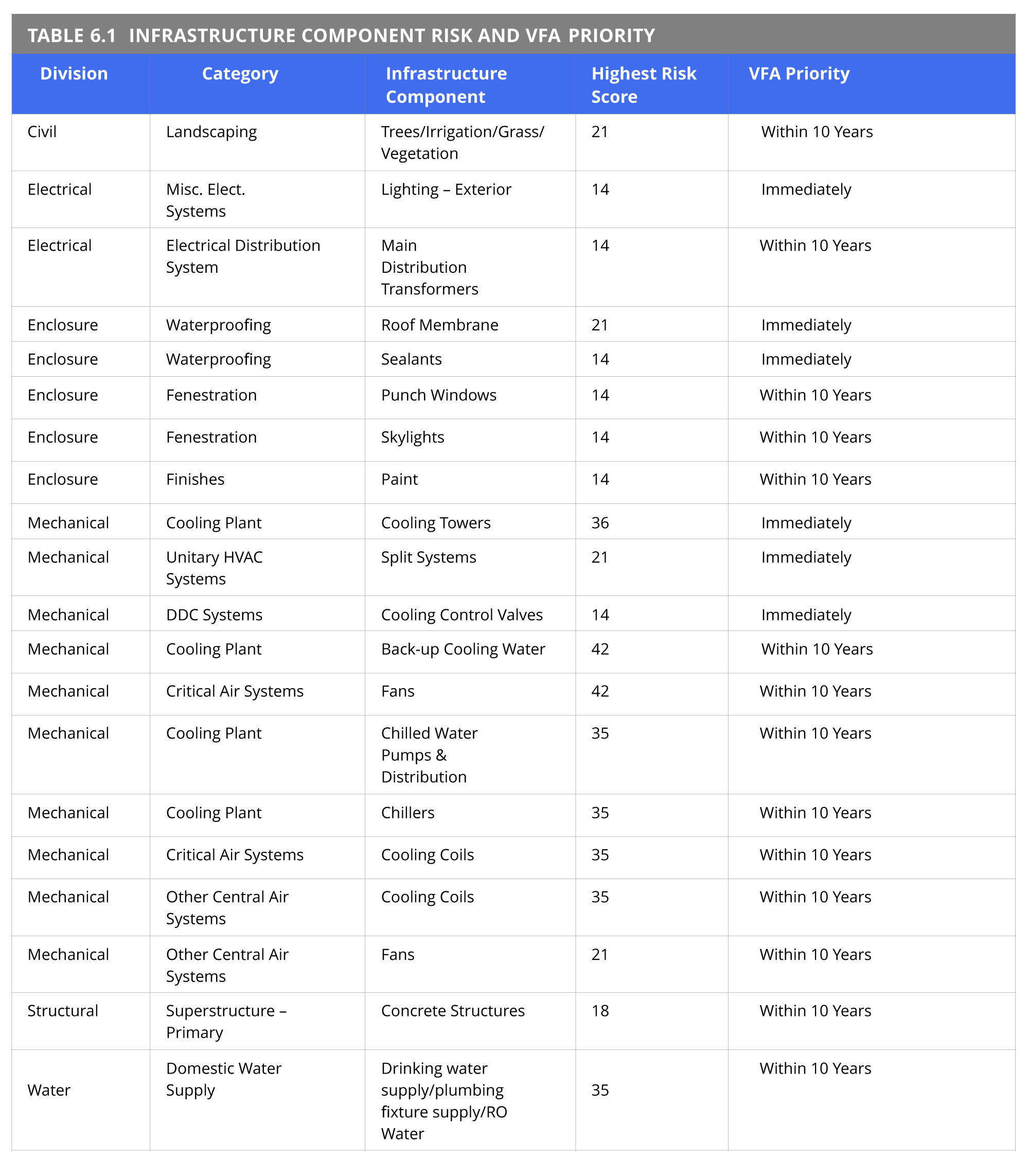