A bilingual survey and targeted outreach and engagement with the agricultural sector was undertaken to inform development of agriculture-focused climate indices, case studies, and data formats for ClimateData.ca. This page provides an overview of the process of audience definition and priorities for climate information of those consulted through this process.

With the objective of expanding available content on ClimateData.ca, the Prairie Climate Centre, Canadian Centre for Climate Services, Ouranos, and the Pacific Climate Impacts Consortium worked together to engage the agricultural sector. A core objective of ClimateData.ca is to provide information and data to inform adaptation in key sectors. During initial engagement with the agricultural sector, a broad cross-section of the sector was engaged, followed by more targeted engagement for adaptation professionals. Initial engagement followed the approach spearheaded by Ouranos to engage the health sector.

For the initial phase of engagement, a bilingual survey was developed by project partners to assess current climate data usage, motivations for accessing future climate data resources, climate indices, priority issues for adaptation, and data formats of interest. The survey was distributed through Agriculture and Agri-Food Canada’s mailing list in January 2020, receiving 206 respondents. The survey was not distributed in Quebec because Ouranos had recently partnered on a similar survey in the province, the results of which were shared with the project team.

The majority of respondents’ location of work was British Columbia, Ontario, and the Prairie provinces. Survey respondents were largely working as producers (45%), administrators (15%), and researchers (13%), though other roles in the sector were also represented. The initial survey provided insight into the climate information needs of producers and informed development of the initial module content. With a greater understanding of the subsets of the agricultural sector audience, subsequent engagement with the agricultural sector involved outreach events, presenting the agricultural content on ClimateData.ca to a broader audience, including researchers and government. 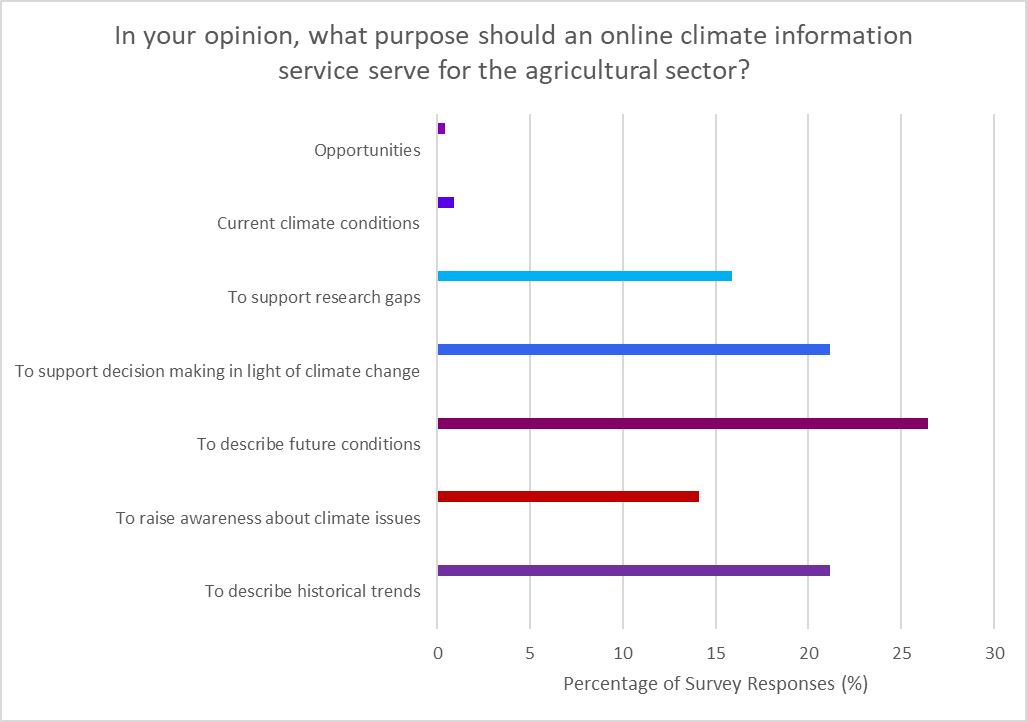 Figure 2: Climate indicators of interest to people working in the agricultural sector. 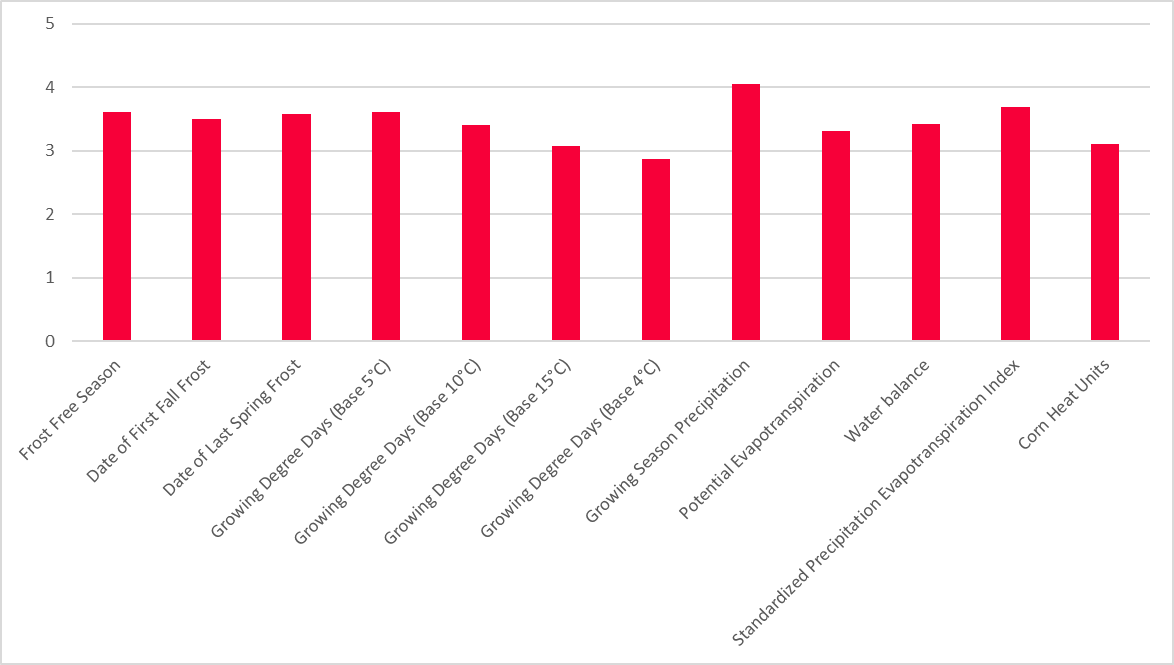 Survey responses (n=210) ranking the priority of adding different climate indices to ClimateData.ca, where 1 = less important and 5 = very high priority. The mean value across all respondents is shown on the figure.

The next steps for agricultural engagement include more targeted outreach to subsets of the sector directly considering future climate change in their work and requiring access to climate projections. Engagement will aim to identify users’ needs and inform subsequent improvements to ClimateData.ca. Suggestions for additional content, data, or other improvements are always invited at the Feedback section of the website.